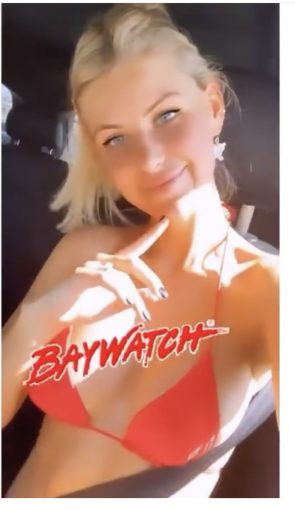 Louis Tomlinson’s Newly Engaged Baby’s Mama Briana Jungwirth Owes Her Ex $5,000 For Her Tits. I dated Briana for most of 2019. I was living in Calabasas with her and Louis Tomlinson’s son Freddie. I lent her $5,000 to geth hert tits done September 2019. we broke up a week later and she still had the surgery done sometime in October. I never even saw them and she hasn’t offered to pay me back. I learned recently from TMZ that she dated Brody Jenner briefly this summer, while I was still sending her groceries for her and her son because of the pandemic. Brody clipped her and a month later she is engaged to some other guy. I just filed a lawsuit against her. She has over 500,000 Instagram followers [REDACTED]. Blue check marked. I’ll attach the case filing. I also use to know Nik really well. Run it by him. I’m Lonnie Moore’s good friend. Theres a ton of photos of her on her instagram account.