Sabrina Peresko – LITTLE ROCK’$ CHEAPE$T DIRTY $KANK JUNKiE B!TC# LO$ER. THIS $leezy $lore right here is dirty. She is a junkie and She post daily ads about herself for money. I don’t even wanna think about how many drds she has no care to go get checked. She uses no protection with these people. That’s her daily hustle to get drugs. At The cheapest Sleaziest motel usually. The men she meets are her “plays” But watch out! Shes been setting her plays up to rob them for drug money. Acting like she is gonna fuk and she needs money for a room for them they give her money to get it while they wait for her “to get a room” she ducks off and runs off. She sadly just keeps walking around like she isn’t someone who will give you head or a cheap ride for at the the least 40$ and then 5 minutes later go get heroin to shoot up if she even can. She uses dirty needles and shares them so be careful. She sits for hours in your house trying to shoot up and can’t ever get it. She literally misses all her shots she just basically had sex for. In her purse she’ll have a little bag full of needles full of blood shots she saves. Seeing where or how she lived was disgusting and she will wait at least a week before she showers after all those plays girl, that’s bad. I bet if she closed her legs it would smell a lot better. she’s a low down thieving junkie that Loves to take Xanax, and loves to shoot heroin and smoke meth. Don’t forget the crack she loves to smoke too. Staying up for days on meth she loves picking her face in the mirror for hours, and she has scabs everywhere, in every mugshot and surprise! She never goes to jail magically. Everyone already thinks she’s a sn!tch! She also loves to talk [email protected] about people and start drama, but when it comes down too it and gets whooped by some chick. she just blames it on her boyfriend and not the girl… and not just that she post it on social media, for people to give her sympathy and hate on someone who doesn’t deserve it. Just cause she thinks he cheated. Not cool to be a hypocrite. Karma can work and it will on her one day. She can’t Quit blaming her boyfriend for cheating when she’s the one with the side hustle. Protect your husbands ladies, She gets with this girls husbands after a 20 year marriage and shoots up while his his kid is in the house. She is a home wrecking train wreck. She loves the dama and the attention. She seeks it. She obsesses over her ex and his best friend. Shell literally make a fake account to stalk them online Because she has them blocked. That’s Pathetic and pretty much psychotic. SMH… Keep your bfs/gfs away from this cheater, liar, junkie loser, sleazy dirty smelly one night score. Not everyone wants a nasty linger in their presence!!!!!

Sarah Horishney — All Bark No Bite

Shauna O’niell Narcassist Who Uses There Children As A Weapon 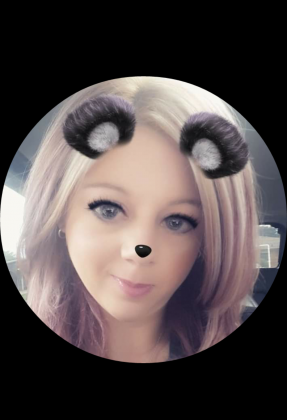